The focus of research is related to; (1) Factors causing irregularities homosexual
behavior in Lam Sabang village, (2) Psychological guidance to young victims of gay
in Lam Sabang village, and (3) Policy for resolving the cases of gay in Lam Sabang
village. While the subject of this study are five-public figures and one village’s leader. The
instruments used were interview and observation. Data was analyzed by using descriptive
approach. The findings of this study indicate: (1) The cause of gay’s behavior deviation
in Lam Sabang village who causes to be sodomized teenagers in the village due to the
perpetrators of sodomy had long divorced his wife and watch pornographic movies that
can be accessed easily through handphone (HP), (2) Psychological guidance to young
victims of gay in Lam Sabang village specifically not get service from professionals.
However, efforts to strengthen the psychological only were given by the family to provide
guidance and through lectures alone, and (3) The policy of resolving these  gay cases at
the village level is not carried out because the case has been reported to the police and
has been prosecuted. So far, at the village level, there is no policy including customary
sanctions also is not given to them. 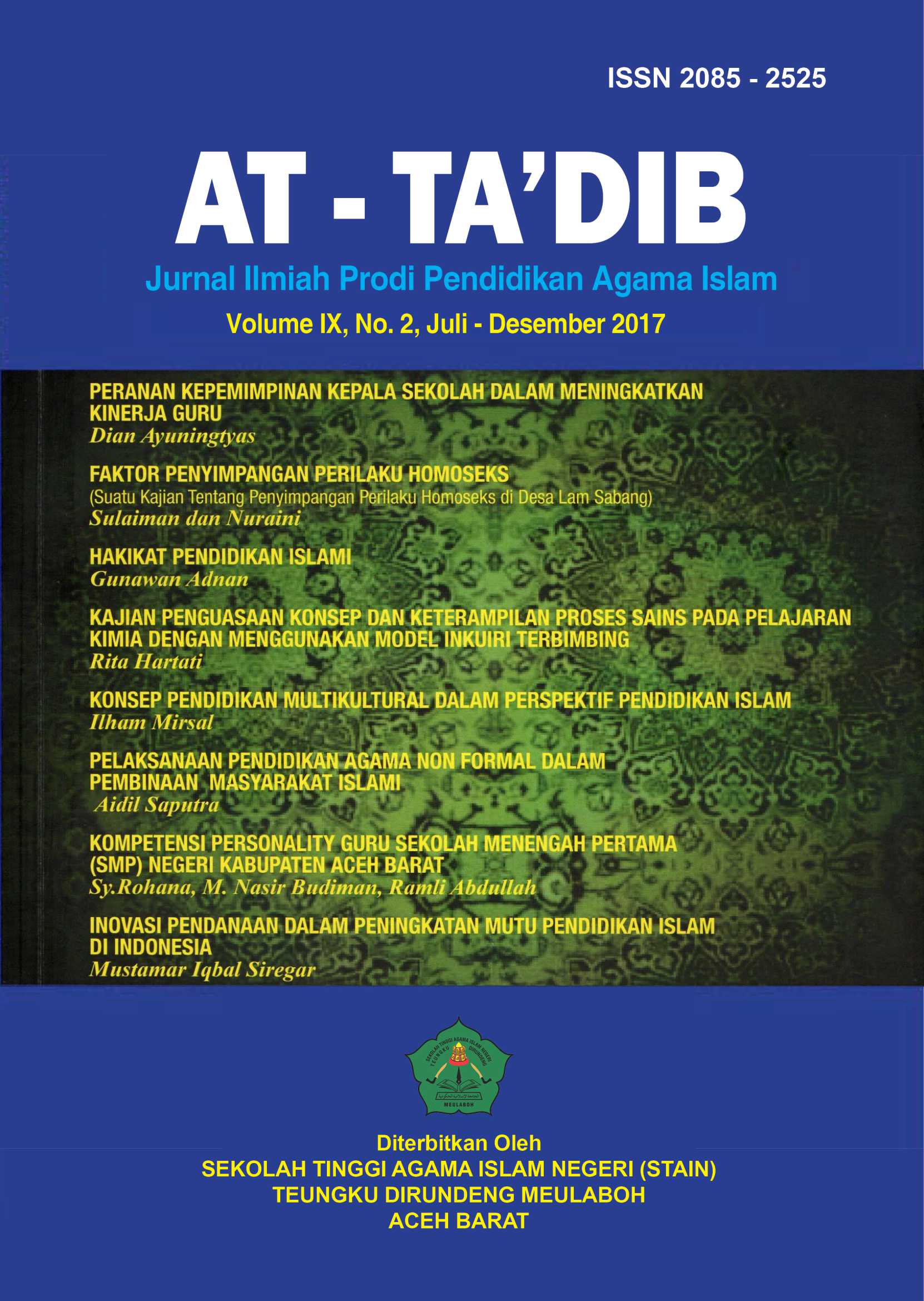