The background of this research was the historical setting on writing competence among Dayah scholars in the range of 18-19 century AD that produced a lot of work of Acehnese scholars.The results of their work can still be read and used as a reference to the 21th century, thus it gives an indication that the scholars of Aceh in the past relatively productive in writing. However, in the 20th century, the tradition of writing among dayah scholars is hardly found so that it raises a question related to the involvement of scholars in writing and competences of the dayah scholars in Aceh, north east, and south west region. This type of research was qualitative using purposive sample. The sources of data obtained was primary and secondary. The subjects in the study included: dayah leaders, head of Islamic scholar assembly, head of Shari'a and dayah empowerment , head of the Office of Religious Affairs, the administrators of  Mubahatsah of dayah scholar in West Aceh district. Data collection was conducted by using techniques; observation, interviews and document analysis. Data analysis techniques performed through reduction step, display, and verification. The result of this study found that the writing competence among dayah scholars dayah was still relatively 'low' and most of them have almost never participated in learning, training related writing researh paper. Hence, the researchers concluded that the dayah scholars in west Aceh have no competence in writing and it might be argued. In addition, among scholars, there is a perception that the dayah scholars still make the classic holy books (the yellow holy books) as a reference which is considered perfect and authentic. Therefore, there is no motivation to write or to produce work unless there are few people with self-taught ability to analyze the context of the today’s issues. 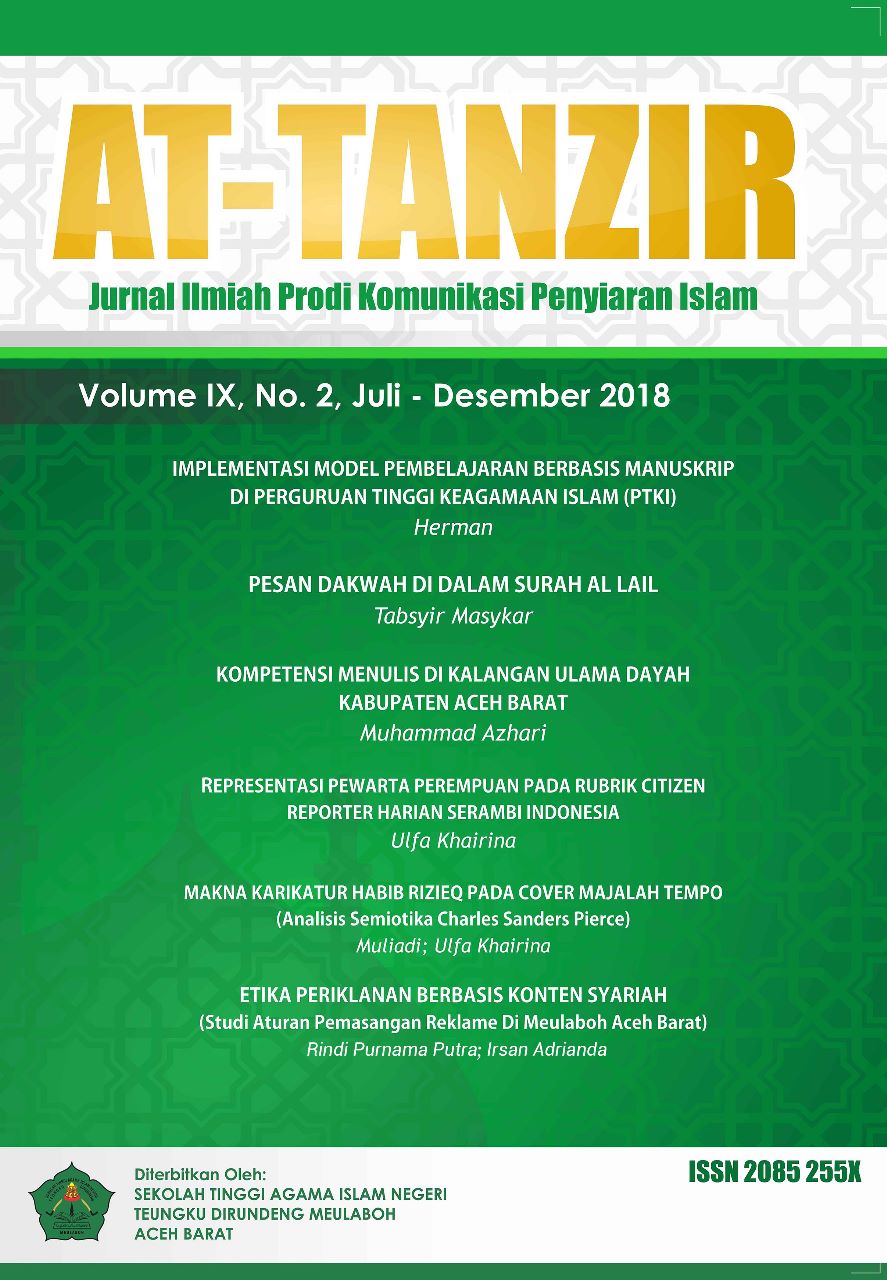