Humans are creatures that think and feel. Suicide means to enliven the sense relationship between humans and God. For people who have reached the station of pleasure or mahabbah, let alone ma’rifat, then he will not be disturbed by the changes in his life, because the focus is no longer on the changed, but on the one who remains unchanged, namely Allah. Awareness of feeling in touch with God can foster the nature of religious diversity and sharpen bashirah so that someone
is always intrigued to bring themselves (taqarrub) to God. One of the teachings that can draw human beings closer to God, is Sufism. As one of the religious disciplines, Sufism is a field that is considered by some as a discipline in a different region from science in general. Sufism must be achieved with commendable character first, such as emphasizing honesty, humility, not arrogant, friendly, clean hearted, brave and the like, these values that should be owned by a Muslim. In line with that, the purpose of education in the view of Islam has a lot to do with the quality of human beings with virtue. 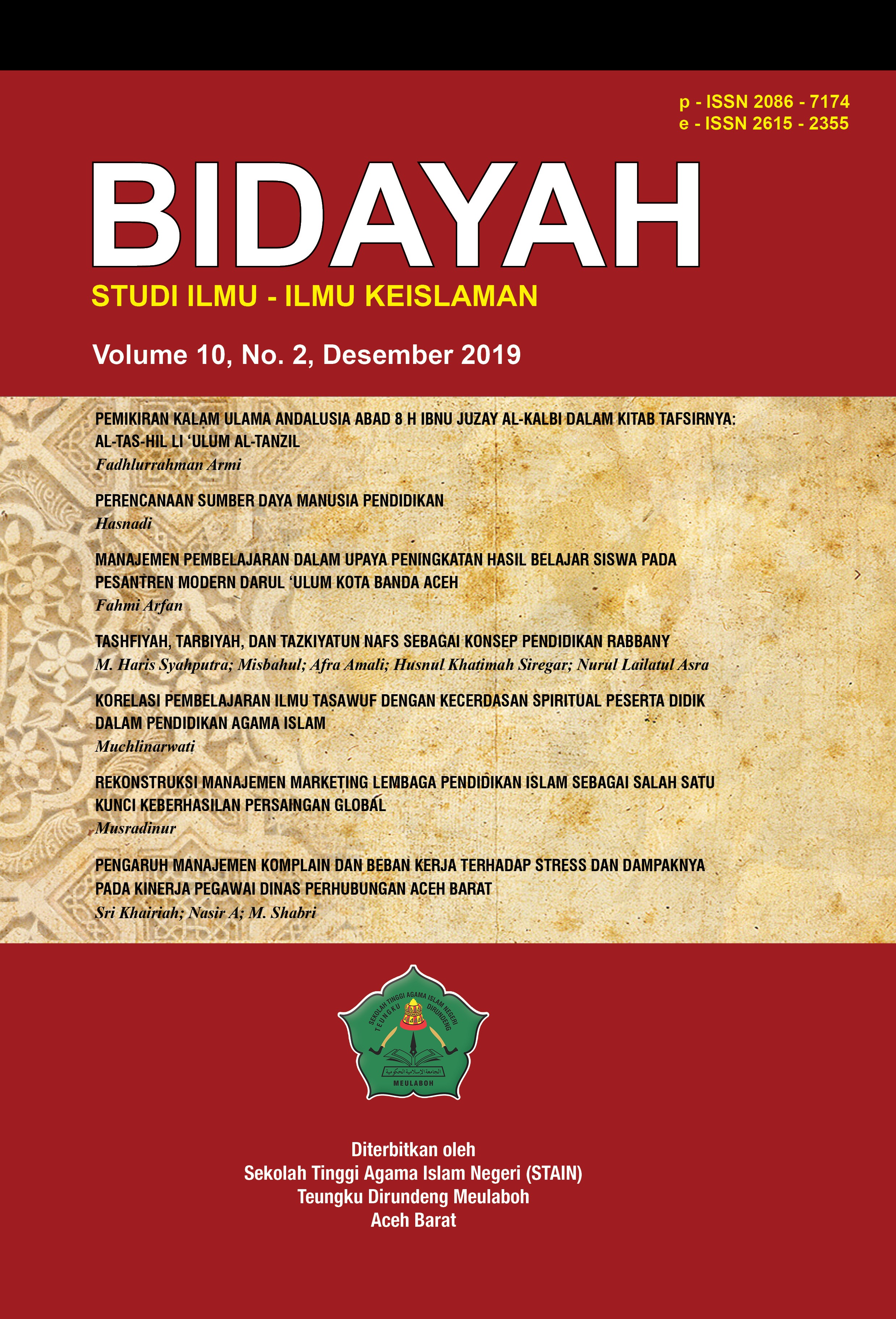