Arabic has unique and universal characteristics. It is said unique since Arabic has distinctive features that distinguish it from other languages. This leads the authors to see the importance of a person learning Arabic must first know and learn the features of the most basic things. Whereas universal means the similarity of values ​​between Arabic and other languages. This can ease foreigners who want to learn Arabic.

This research is a library research that aims at providing a description and theoretical knowledge about the specificity of Arabic for its learners.

After reviewing the literature, the writer revealed the characteristics of Arabic in terms of sound aspects that some of the sounds in Arabic were not found in other languages. Aspects of forming word patterns (Mufradat) are flexible, either through Derivation (TashrifIsytiqaiy) or by way of Inflection (TashrifI'rabiy). Syntactic structure (nahwu), namely changes in the final sound of words which were not found in other languages, both changes in harakat and changes in letters according to the position of a wordin a sentence. 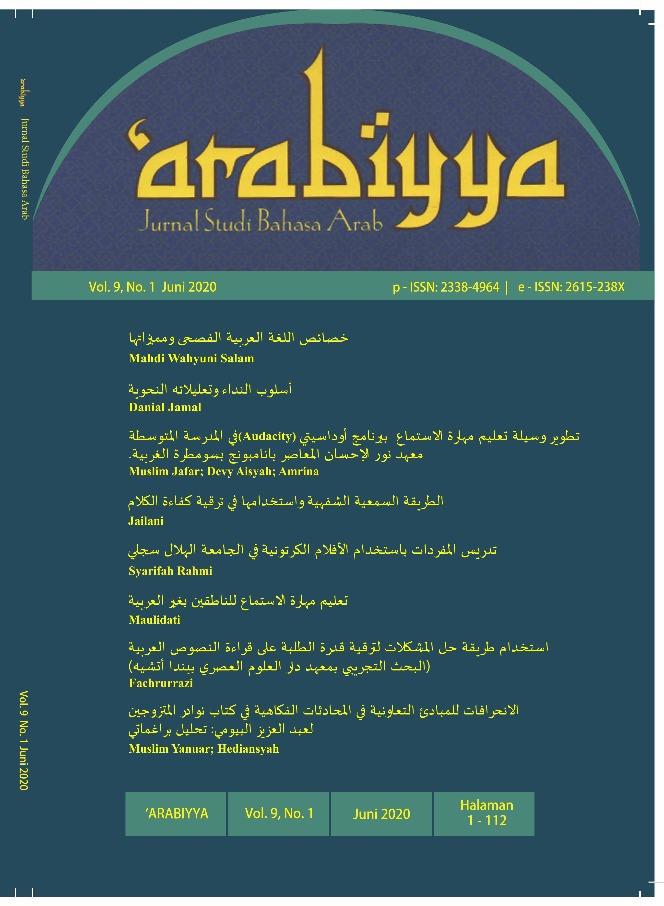